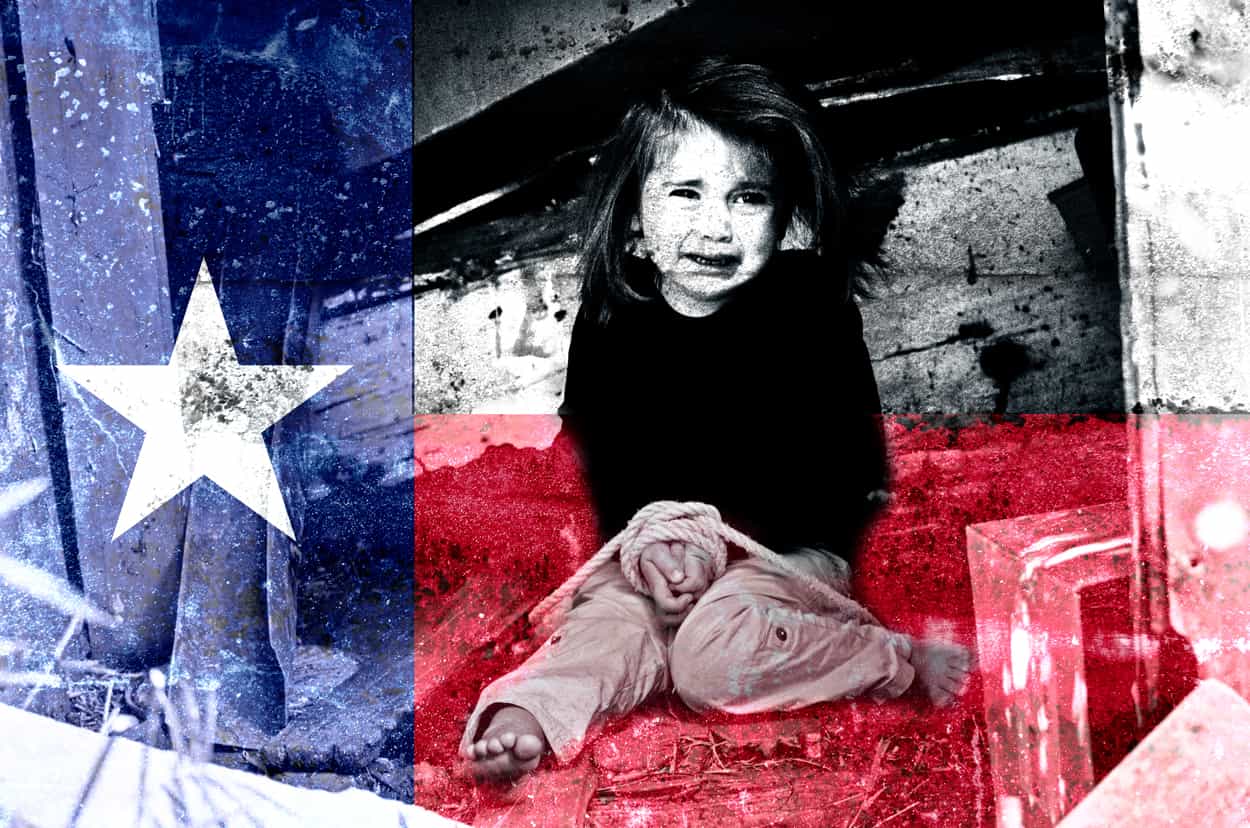 Generally speaking, I’m a “y’all can go to ____ but I’m going to Texas” kind of guy, but the State I love has gone on a power trip that can’t be tolerated.

One of the reasons we live in the Lone Star State is freedom. Texas has long respected the rights of the individual and the family. However, as I type these words, I do so in fear that it may put my children at risk.

In June of this year, a homeschool family, about an hour from where we live in East Texas, had their 4-year old son forcibly removed from their home.

What was their crime?

They took the autistic child (Drake) to the hospital, and someone there didn’t’ like them. That’s the short answer.

After extensive issues surrounding their child’s eating difficulties, the family was advised to request a feeding tube. They did so and an unrelated Dr. at the hospital called CPS.

The next day, CPS agents left a business card at the Texas family’s home. However, when calling the number, there was no direction given.

Two weeks later, they showed up again with guns and took the child with the threat of violence.

For over nine weeks, the child has been in the State’s “care.”

To make the matter worse, the tyrannical State has put a gag order on the parents. They have been threatened with imprisonment if they speak out on what is happening.

There is so much more to this story, so I will put links to articles and podcasts you can check out.

But what can you do?

Fortunately, Texas Governor Greg Abbott is in a position of authority to help bring Drake home.

Please email Governor Abbott now and urge him to do everything within his power to see Drake is freed and immediately returned to his parents.

Also, write an article and share this on social media with the hashtag #bringdrakehome.

You would expect this to happen in Europe, but this is Texas for crying out loud. Let’s put an end to it and bring Drake home.